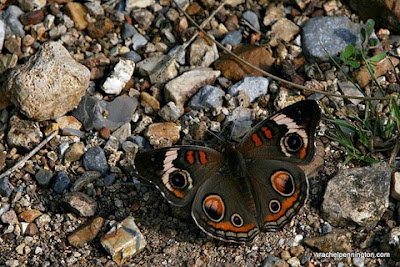 I was at the gym a little after 7 a.m. this morning so I could get in some good cardio before class started. This was the first day I have been back since I had that dental work a couple of weeks ago and I hung in there better than I thought I would. We did these combos of squats and arm lifts and I thought that might kill me, but I pulled through, even if I did have to stop a couple of times.
It's raining here and in between the downpours I walked out to the mailbox to get the mail. I slipped on the sidewalk and busted my butt pretty good. Well actually, I fell on my knee and skinned it all up. If that wasn't bad enough, there was a school bus full of youngsters passing by so my leg AND my ego are bruised.
We haven't heard anything else about Marshall's cousin who passed away last night. I sure hope they find out what's going on soon so that her parents can lay her to rest.
Did you hear that Jessica Simpson's little Maltipoo, Daisy, was grabbed by a coyote right in front of Jessica? I'm sure the coyote had the doggy for dinner. :( I was so sad to hear that. I keep Lucy on a leash at all times when we're outside. She's so tiny that she could be picked up by a coyote (yes we have them) or even a hawk or an owl. I would just be devastated if something like that happened. Poor Jessica.
I was totally bummed to hear that Patrick Swayze lost his battle with cancer. The first time I saw him in anything was when one of my teachers had us watch "The Outsiders" when I was a freshman in high school. I thought he was just a beautiful creature. And apparently he was. :(
Later.
Posted by rachelpennington at 3:56 PM

Coyotes and little dogs. Well coyotes think little dogs are little snacks.
There is a really funny interview with a coyote on youtube called an interview with Tank the Coyote:
http://www.youtube.com/watch?v=mM98lrMPKhM

It is hilarious, but also, sadly true.