I CanNOT Believe This! 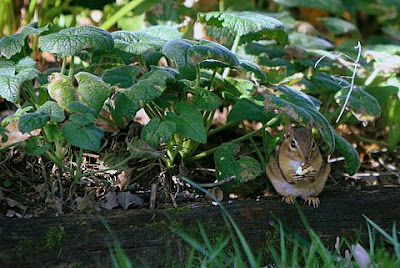 I spent the whole day at my Dad and stepmother's house, enjoying spending time with them and taking photos of the flowers and butterflies at their house. Kandi came up later to get some shots for the website that she is building for Dad. We had a great day.

After we left there, we met Marshall and headed to town to eat. On our way back Marshall got a phone call from one of the mother's of the thugs that tried to break into Kandi's truck the other night. Marshall asked her how she got his phone number (because BOY was he mad!) and guess what she told him...

She got his number from the police report that our city police gave to her when she bonded her son out of jail. Not ONLY did she get his phone number, she also got our full address, our phone numbers, his height and weight, hair color, eye color AND...

And not only did she get his, but she got Kandi's, too, because it's her truck.

She told Marshall that they (the police) gave everyone a copy when they went and bailed those boys out. So now we don't know who has this information.

We went straight to the police department to talk to someone there, but we will have to go in the morning when the chief is there. The officer that came out to speak to us said that the only thing that he can think of is this: two copies of the report are made, an internal report, and a public report, and that when the person who handed out the report printed the report they "inadvertantly" printed off and gave the internal copy. Then he said, "And if that's the case the only thing we can do is offer an apology."

A bunch of thug-scums have our private info and all we get is an apology? Pfff!
Posted by rachelpennington at 11:20 PM

That may be all they can offer you but I'm telling you....get a lawyer. That is wrong on so many levels and they have to held liable. I am so not the "Sue the shit out of them type" but this is such an injustice that ya'll as citizens should act!

I need to see Marshall. I wanna get him fired up....

That is indeed some major BS. What did the mom want, anyway?

I smell letter to the editor..... That is after you get a lawyer because they are at least liable for the monitoring of your credit info for the next few years. there is precident for this, as you will recall some funk-nut took his laptop home with hundreds of thousands of veterans info on it, the GOVT was on the hook for all charges and the monitoring.