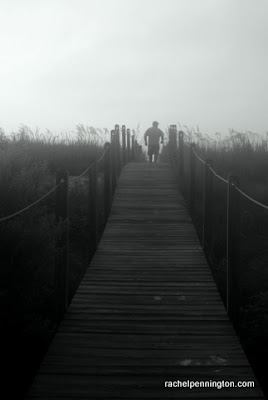 This morning Marshall and I got up quite early...well, actually I got up quite early and I woke him up. :) We dressed and headed straight over to Bald Point State Park. We walked the beach for a while, picking up shells and studying lots of things that had washed ashore.

We saw a coyote puppy on the side of the road: 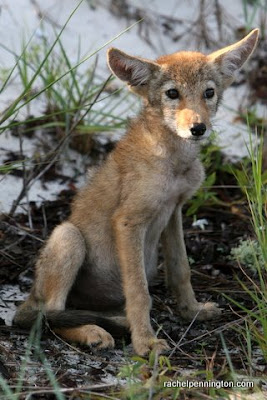 It broke my heart to see her there. She's obviously starving. She almost ran out in the road in front of our car. When we stopped, she just sat there. I really can't even hardly stand to look at this photo, it makes me so sad.

Anyway, we found a park ranger and he told us that the state just had a federal trapper come in and he caught four females and one adult male. One of those females was probably this pup's mother. The coyotes are considered a nuisance and are gotten rid of. Ugh...don't even get me started. :(

The guys fished for most of the evening and then later on we cooked out at the house. It was a great day, but as per usual when you're on vacation, the hours are just flying by.
Posted by rachelpennington at 8:41 PM