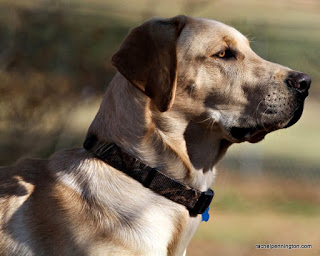 Marshall and Cain went hunting this morning (they didn't kill anything) and when they got home we all went out for breakfast.

When we got home Cain started playing with Titan and River, and then Titan and River tousled for a minute or so and then poor Titan started having a seizure. He has had them in the past but none this severe.

Long story short, he had three horrible seizures, one after the other.  We drove like maniacs down the mountain where sweet Dr. Nick Weldon met us and took care of Titan. He tested his blood and everything came back just fine so he is certain that Titan has epilepsy. He gave him an IV of Phenobarbital and sent Cain home with Phenobarbital pills that Titan will have to take the rest of his life to help control the seizures.

Seeing my big boy that way (he weighs 90 lbs. by the way) was one of the hardest things I've ever witnessed. It was HORRIBLE. I hope that this medicine helps and that he doesn't experience a seizure like that again.

Other than that horrible incident we had a great day. The Georgia - Alabama SEC championship game was a super game. Did you watch? It was one of those games that were just really, really fun to watch, especially since we didn't care who won since we are Auburn fans. :)

Later!
Posted by rachelpennington at 11:53 PM