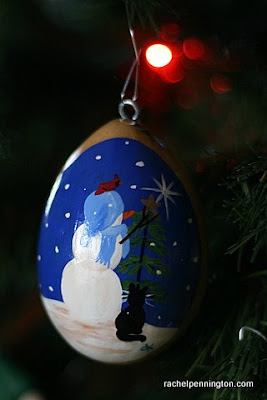 Marshall worked today and I got up and took my shower and straightened the house. Other than running some parts to him at the job site, I didn't do much else.

As soon as honey pulled in the driveway he got a call to go do a job in Dalton. There was a horrible wreck on his way over, near where Kandi lives, and Marshall and his co-worker were stuck in traffic for quite a while. We later learned that it killed the brother of one of our friends. We sure were sad about it. Marshall saw the cars when they finally got to pass and said it was a miracle if anyone survived. So sad, especially this time of year.

Since Marshall had to go out on that other job, I decided to run to town, which is literally two minutes from my driveway, to get myself something to eat. I forgot about there being a parade and it took me FORTY FIVE minutes to get my food and get home. I was so aggravated because by the time I got my food, the city workers had EVERY single street cut off and I had to go way out of the way to get home.

I probably shouldn't giggle at the thought of you fuming about getting stuck waiting on a parade...but it did strike me as sorta funny.

In the area where I live, we don't get many parades...and if we do, they are only maybe two to three blocks long!
;-)

Val, our town is two blocks long, and that's about how long the parade is. LOL I was just hungry.