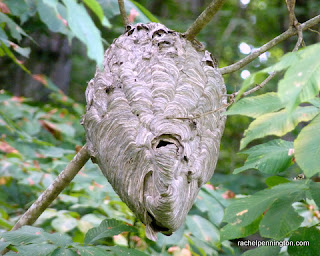 We had one heck of a storm blow through last night. We have small limbs down all over the yard. My poor hubby had to get up right as the storm was starting (around midnight) and head out to do a job. About the time he got to the plant they called him and told him they figured out the problem - he didn't get home until almost 3 because it was quite a drive.

Lucy's Thundershirt worked wonders. The storm did get worse but she was so much more calm than she would've been without it. I just can't believe it...

I've got to do quite a bit of cleaning today. My house is a mess. I don't know how two people can make so many messes - and by "two people" I really just mean "one" who just happens to leave his shoes in the living room, never takes his cups or anything like that back to the kitchen, doesn't put his dirty clothes in the hamper, etc. ;)

Well, let's get to it! Have a great day.
Posted by rachelpennington at 8:52 AM